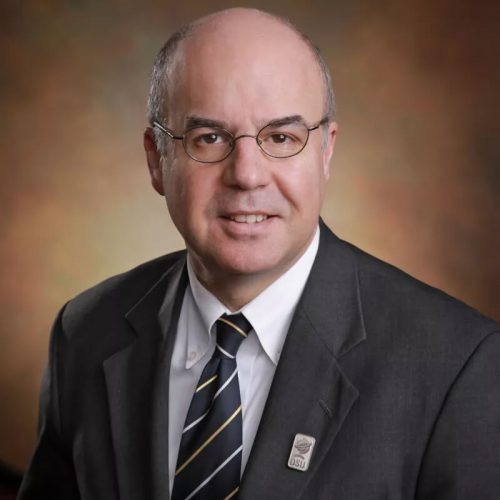 Professor & Dean of the Kennedy College of Sciences, University of Massachussets

Noureddine Melikechi was appointed Dean of the Kennedy College of Sciences in October 2016.

Melikechi’s research work spans a wide range of areas of atomic, molecular and optical physics with contributions to spectroscopy, nonlinear optics, optical sensing, high precision measurements, and biophotonics. As a member of NASA’s Mars Science Laboratory mission, Melikechi contributes to the analysis of spectroscopic data collected by the Chemistry Camera instrument on board the Curiosity Rover. In addition, Melikechi works on applications of laser spectroscopy for the early detection of signatures of epithelial ovarian cancer.

Prior to joining the University of Massachusetts Lowell, Melikechi was at Delaware State University where he experienced all academic ranks. There, he held the positions of Chair of the Department of Physics, Dean of the College of Mathematics, Natural Sciences and Technology, and was the founding director of the Optical Science Center for Applied Research. During his tenure at Delaware State University, he led teams that secured well over $25 million in federal funding, which resulted in the 2015 opening of a new building dedicated to optics education and research. Melikechi has taught undergraduate and graduate courses in physics and has supervised several students, most of whom come from underrepresented groups in science, technology, engineering and mathematics.

Melikechi has received numerous awards, including: The Excellence Award from the African Society for Engineering Management, the Delaware Bioscience Association’s Academic Research Award, the NASA Group Award for work that the ChemCam team performed, and the US-Algeria Business Council Award for International Science.

A native of Algeria, Melikechi received his Diplôme d’Études Supérieures in Physics from the Houari Boumediene University of Sciences and Technology in Algiers in Algeria, and his M.Sc. and D.Phil., both in Physics, from the University of Sussex in England.